Here are some facts about Slovakia. 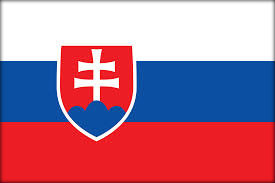 One thought to “Slovakia: Facts and Information”